Be Who You Are,
Ítalo Ferreira

I like believing in what I’m filming. The concept, technique and the philosophy behind the image are important, however, what fulfills and motivates me is if what is happening in front of the lens is something real. That was it with this film, we put the camera in front of things that already happen, and we filmed with some poetry. This gave life to our imagination.

The film already had some ideas defined by Oakley and the agency, but we had a lot of freedom to create. Me and Gabriel Novis, the director, arrived in Baía Formosa two days before filming to scout and understand how the pre-defined images would be made. As what was planned wouldn’t fill the entire schedule, we’ve already started working out new scenes to produce in the rest of the time available. Filming took a total of four days. 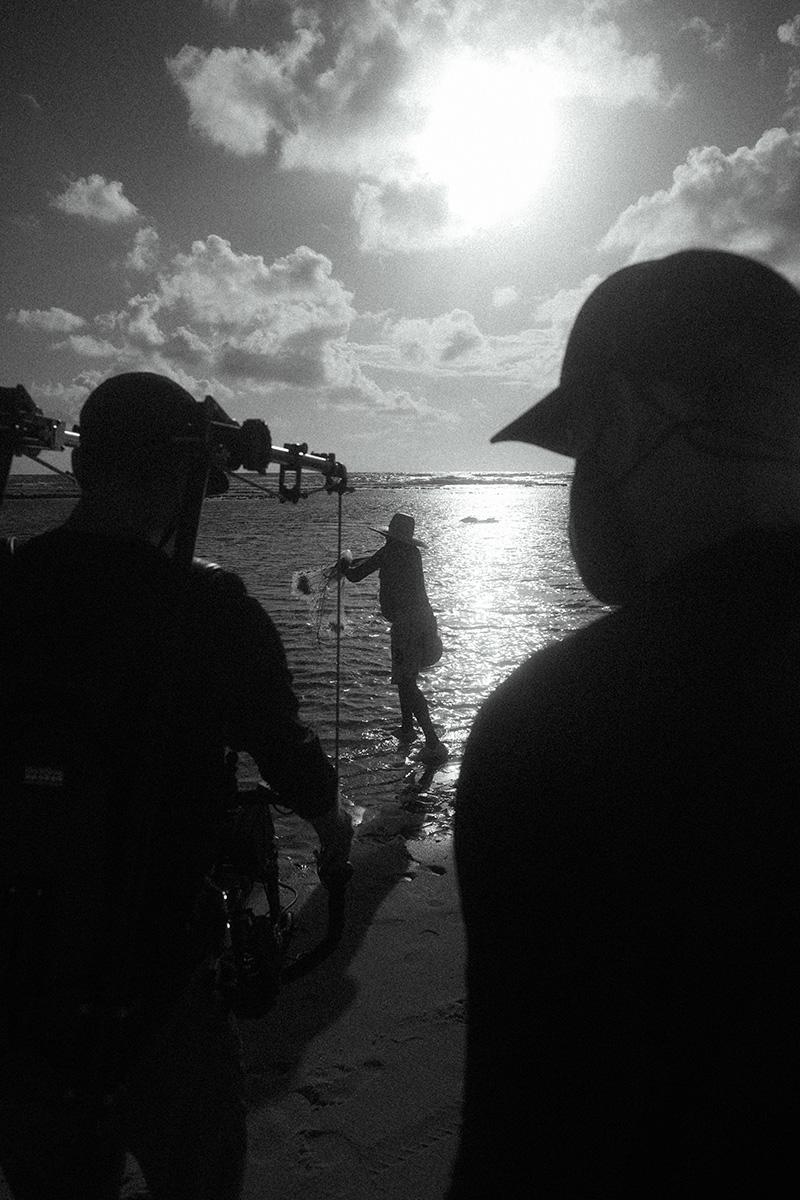 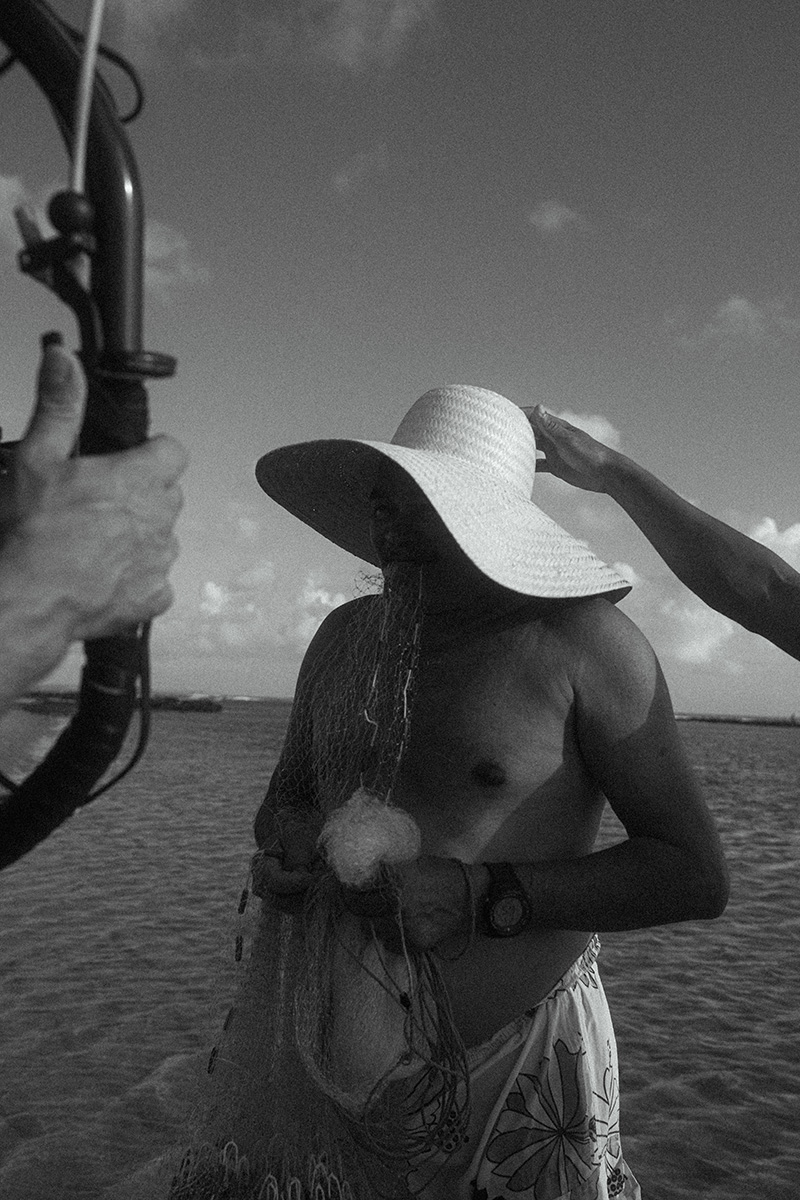 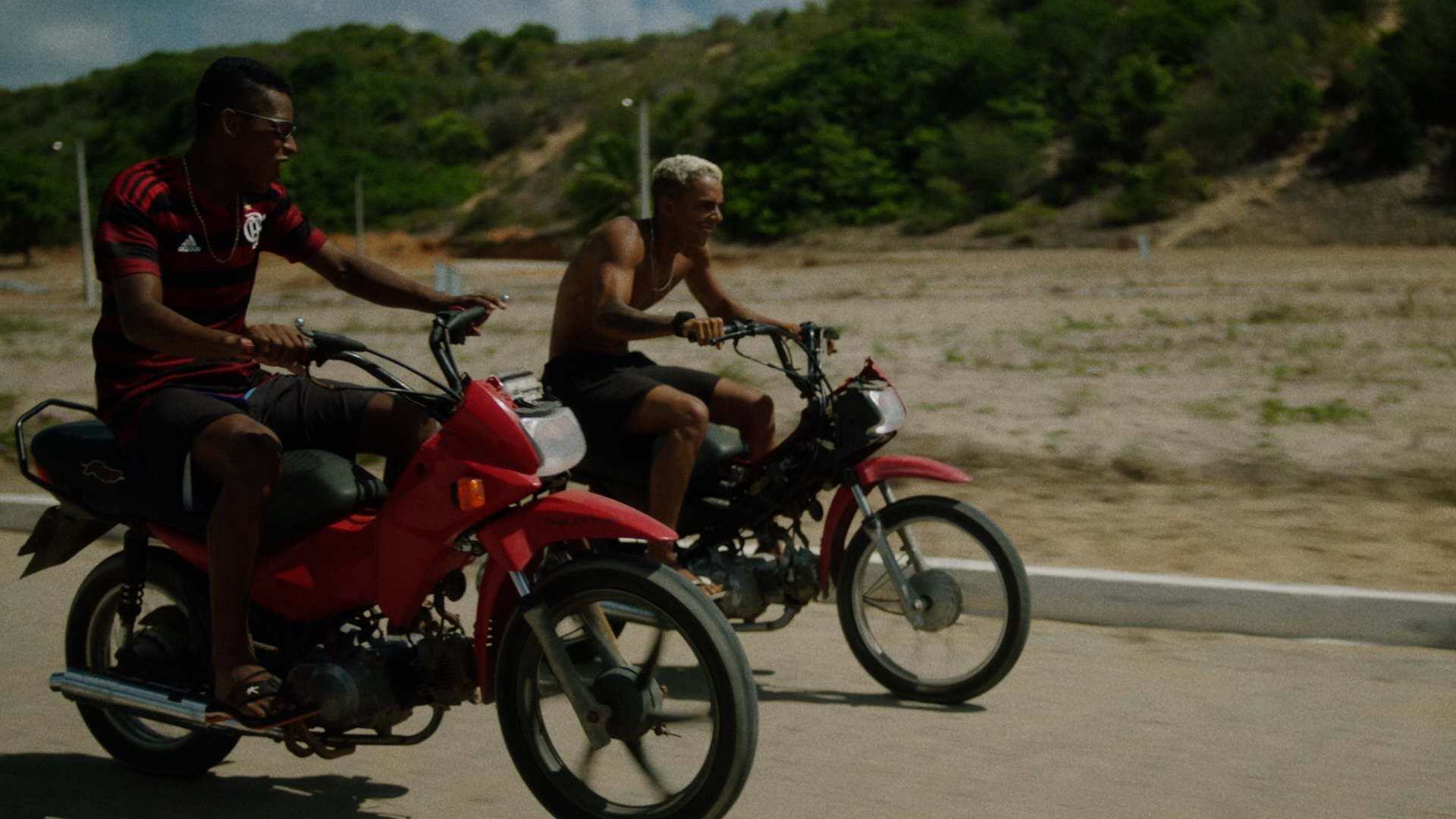 The name of the campaign is “Be Who You Are”. In addition to ours, it was also done with other directors in different parts of the world and with other athletes. The production company in charge was Stept Studios, from Los Angeles, and the local production was done by Mymama.

The idea of the campaign is to show the environment and the world where athletes live. Ítalo Ferreira was born and always lived in a fishing village in Baía Formosa, a place that has an incredible sea for surfing every day. The waves there are small but constant. Something that helped with filming because it’s very difficult to run out of waves. It’s a Point Break and it was there that Ítalo started surfing with a Styrofoam cover. The same lid your father used to store the fish he caught. 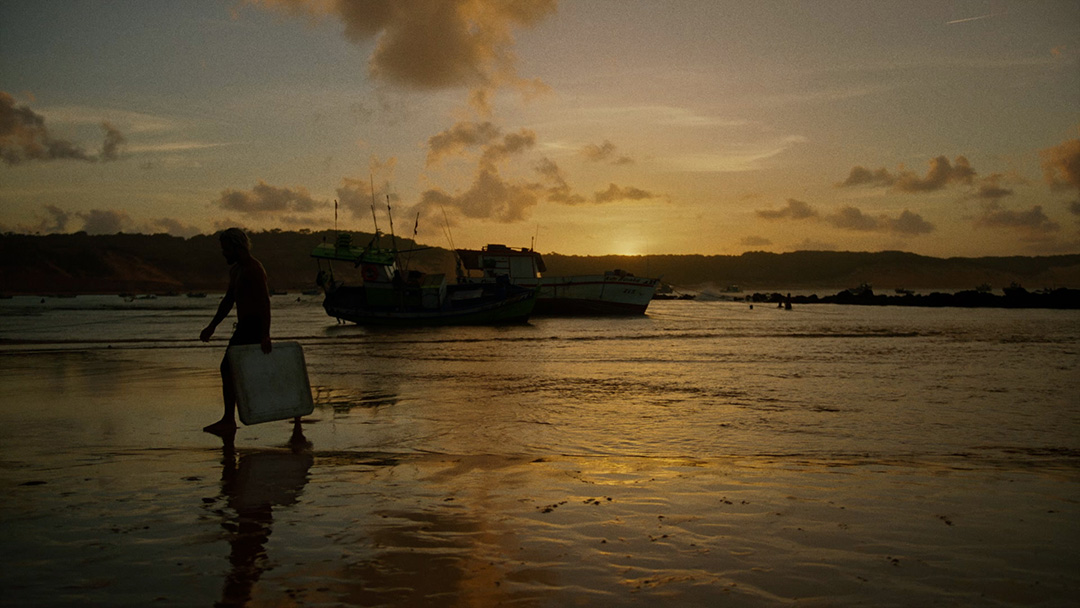 The pre-production days helped us understand what life is like around Ítalo. We added to the schedule, for example, a visit to the village fair, which is on the edge of a cliff, where we filmed the colorful chicks, the butcher cutting meat and the fisherman arranging his net, as well as some portraits of local residents, made with light. natural, to be rawer and make them comfortable. This moment of the fair was very loose, we found what to film at the time. at times like this, we took only one hitter. The green lizard, for example, was in the break between filming, in the gardens of the inn when he returned from the first part of the filming to rest. 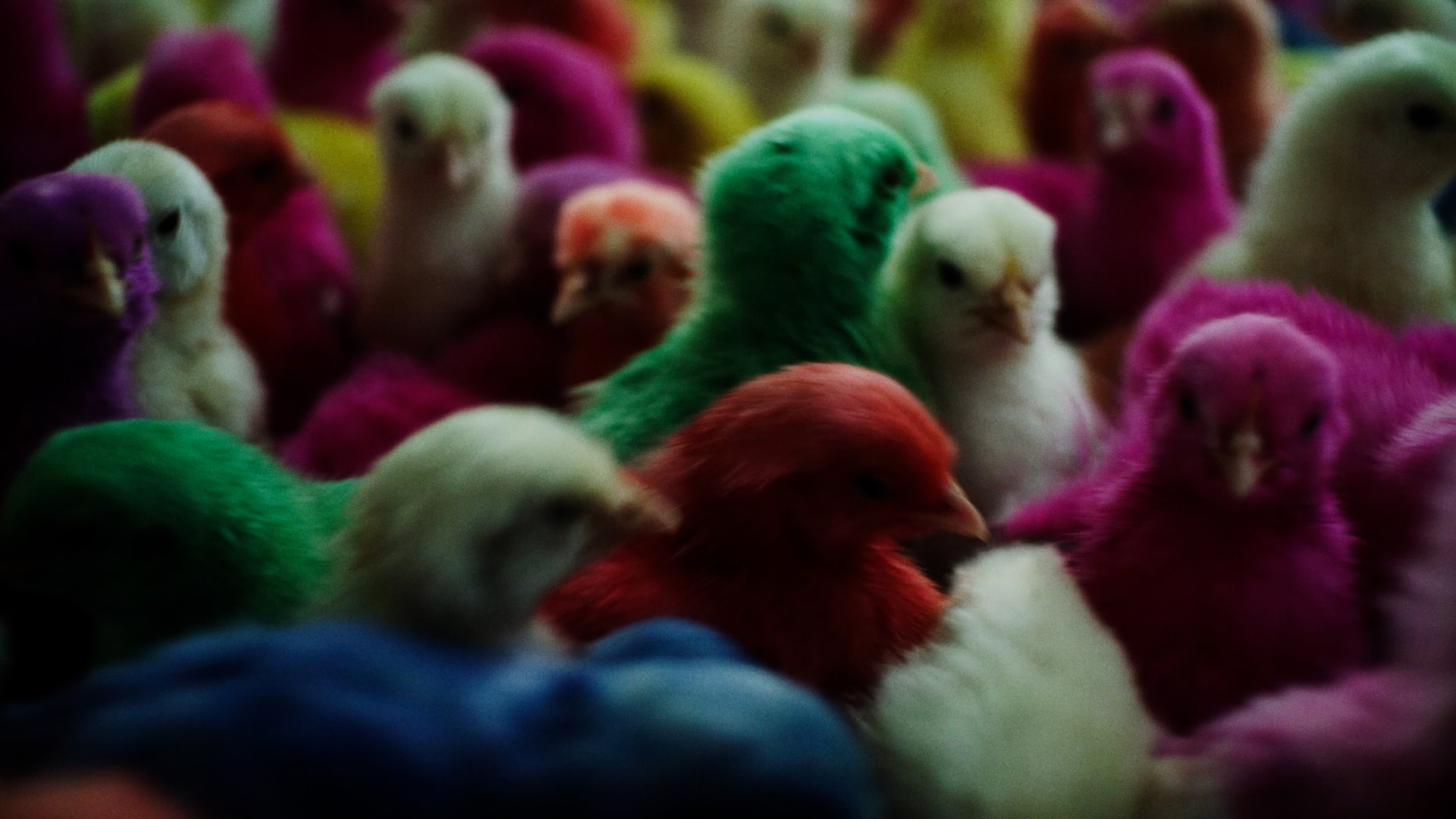 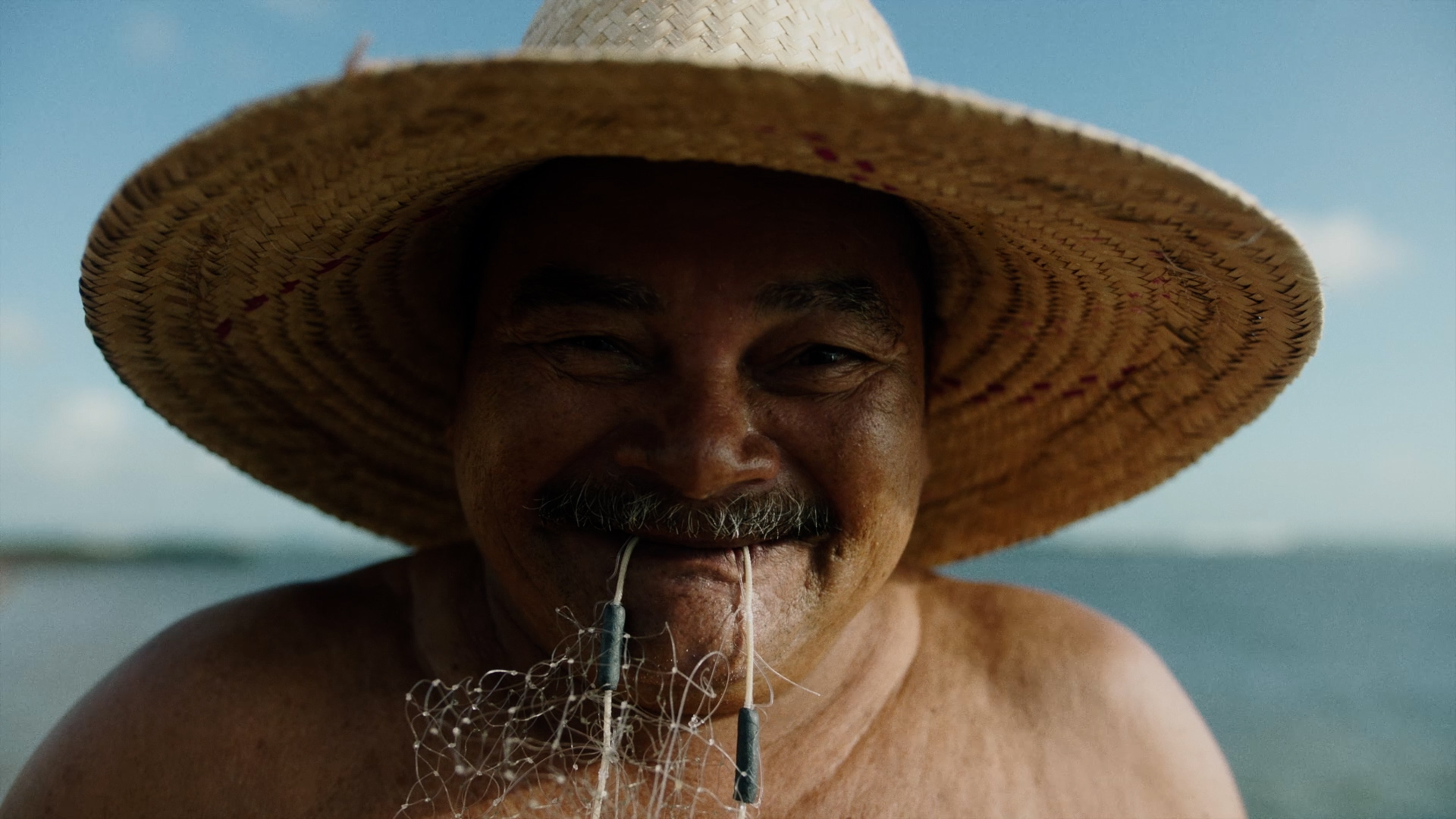 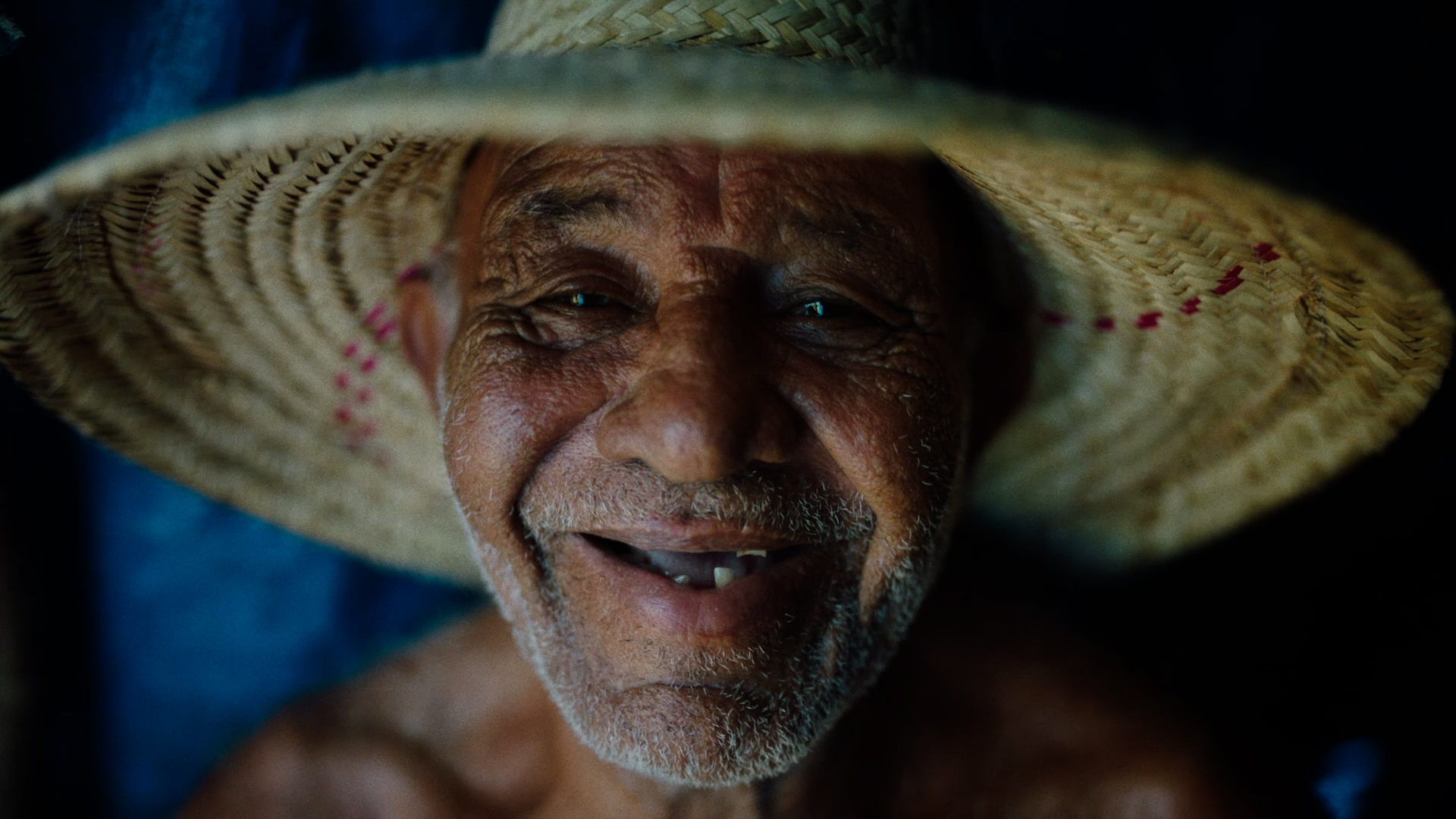 We went to Baía Formosa with a reduced team. Director Gabriel Novis chose to work without major interventions, which is very smart for this type of film. The camera team included Marco Chile, first camera assistant (and great friend), James, technician to assemble the gimbal, and a logger, in addition to Erick Proost, camera operator and photographer specializing in aquatic and surf images. All very well produced by Guilerme Valiengo. There was no face-to-face follow-up with the client or the agency.

Erick Proost is Gabriel’s friend. They lived together in California. The camera used in the waterproof case is his, a RED, which we use in the water with Canon lenses. We used this same camera out of the water with my Nikons, especially for the first two days. Nikons are old still lenses from the 80’s. We used them for those looser moments until the ARRI Alexa Mini arrived 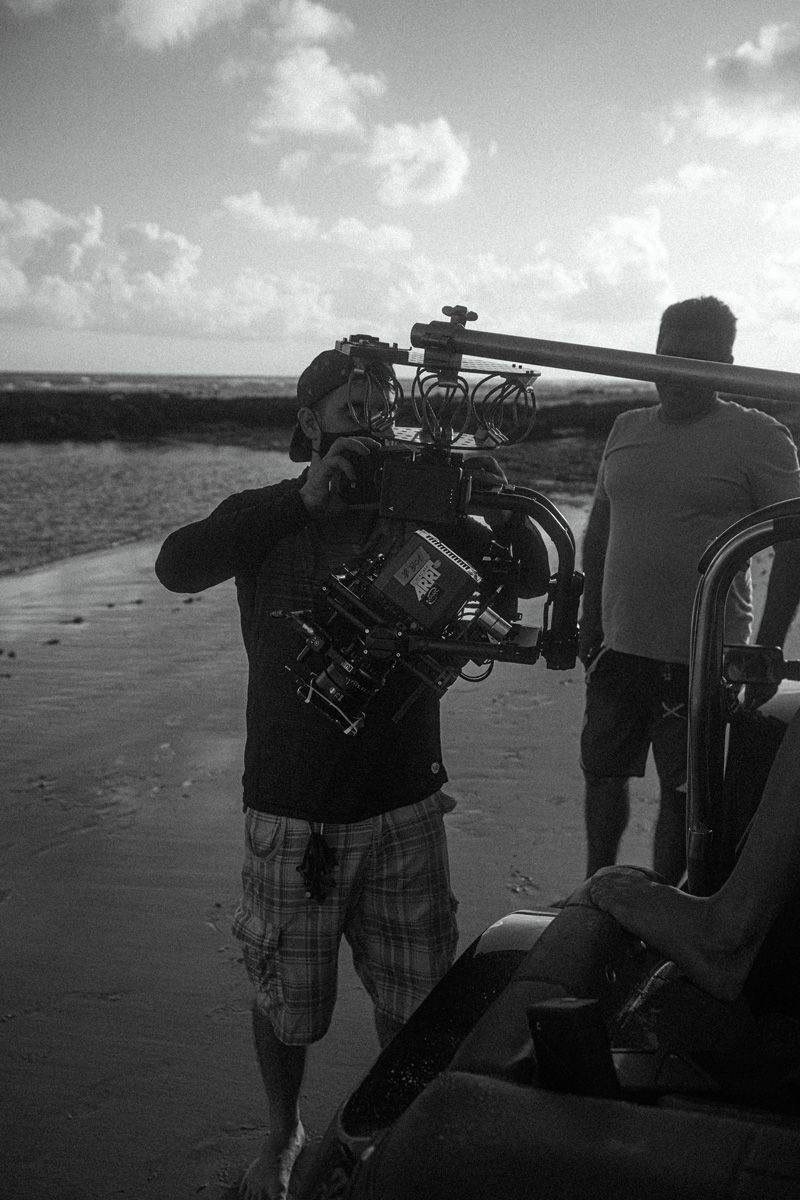 During filming, the sun would rise at 4:30 in the morning and then it would get very high, which allowed us to take breaks in the middle of the day to avoid filming in a very harsh light. In the first days we filmed Ítalo surfing and a friend of his, Jackson, who surfed with a Styrofoam cover to illustrate his beginnings in surfing, a very playful thing. We also filmed the fair and some other village inserts. The images of Ítalo’s performance were beautiful, we started super early, and it was sunny between clouds. Everything conspired for the images to gain incredible strength. We use diffusion Mist filters, together with ND to limit the focal field and glycerin. 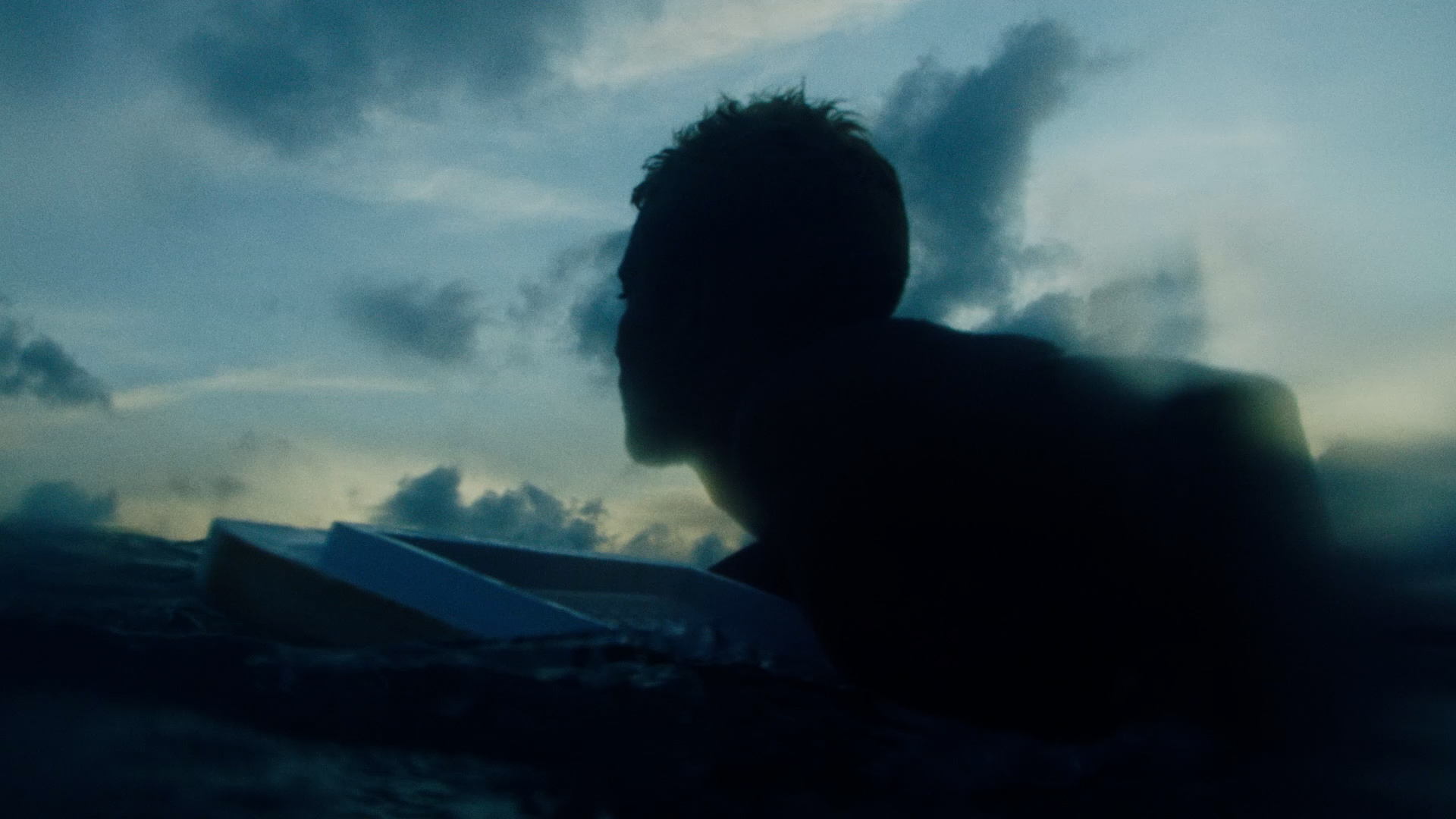 In the water, the proposal was to deconstruct the style of surf movies, with a dirtier image, with a slightly exaggerated blur. I kept the camera in the waterproof case with these filters also to film Ítalo with friends at the beach. It was an aesthetic option that I decided to risk referring to something from the past and memories. 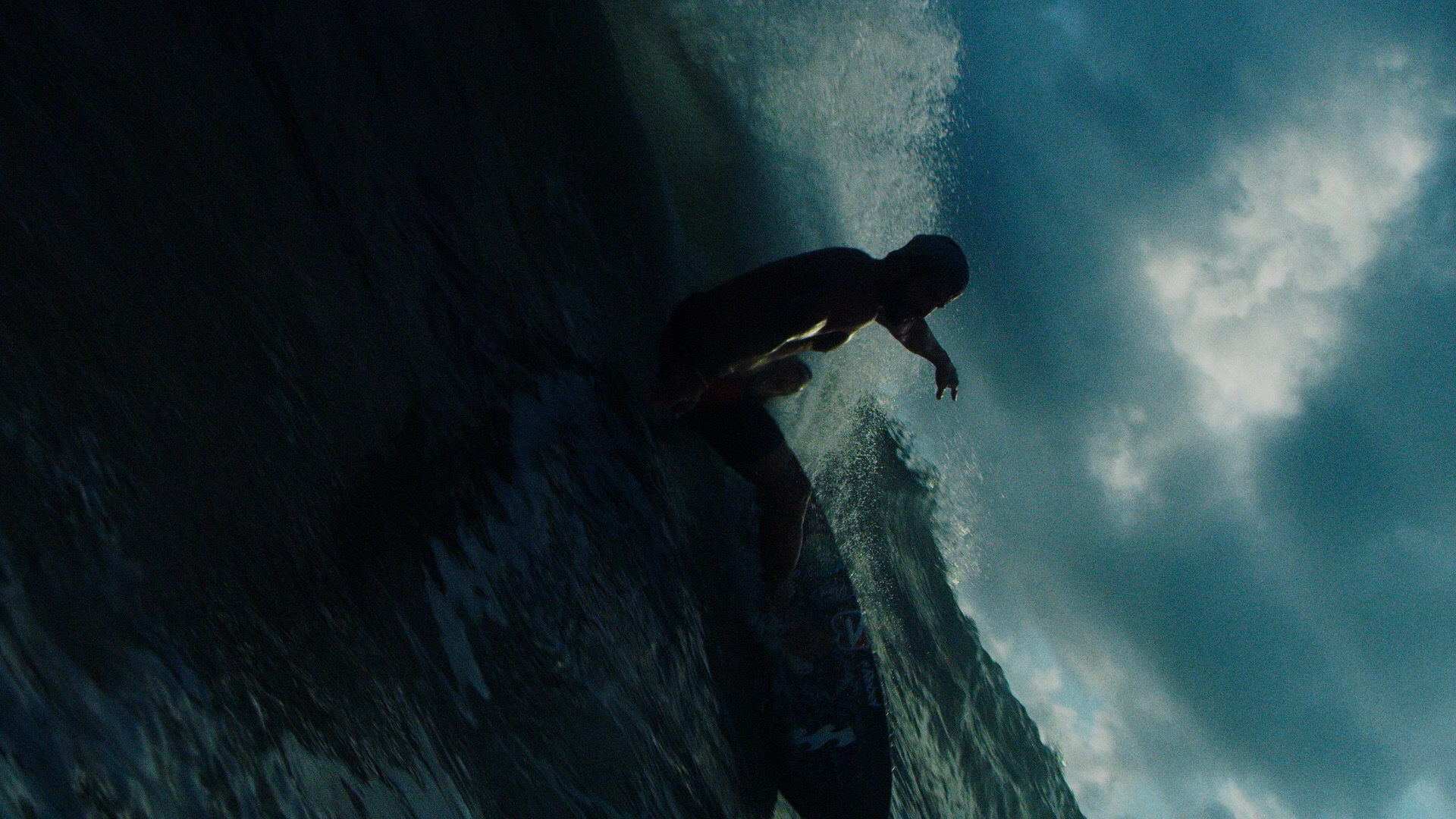 I surf, I know a little about the behavior of the sea and I had already made other surfing films with athletes like Gabriel Medina, but they were more controlled situations, even in big waves, like in Maresias, because I had a bigger team. With Italo, I was always with Erick to try to find different paths. He is a great cameraman and has followed many surfers around the world, but we wanted to change the conventions of this language. My intention was to add and try to add a new vision in performance cinematography. We started shooting with a shallow depth of field and then increased it as some scenes were very difficult to focus. Erick had to do a delicate job of focusing and he did it well.

I always try to be by the side of the underwater camera operator to try to keep the photographic concept of the film and create a unity. It’s an adrenaline rush. You need to position the camera at an angle that frames the wave, the surfer, the sun and the sky. And all this very fast. It is also important to talk to the athlete, as they know the sea very well and can help define our positioning. To have more speed and momentum in the jumps, Ítalo was pulled by a jet ski at times, but at other times he preferred to go paddling into the wave. At various times, in the water, we must swim, because we don’t always reach the ground with our feet. 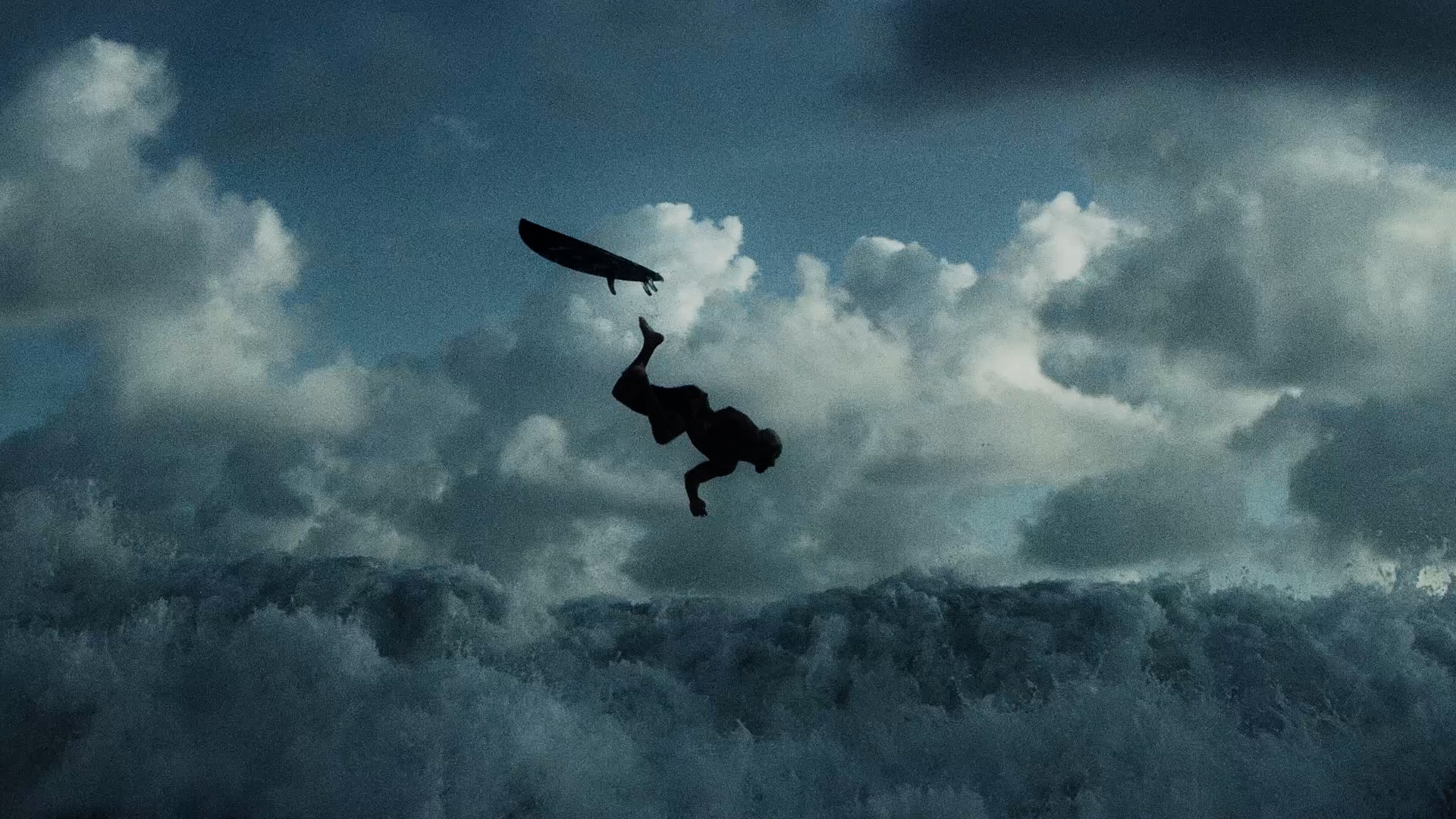 We also use an Alexa Mini with the Leicas Summicron. Leicas are smooth, clear and have a nice blur. They’re not vintage lenses, but they’re not sharp either. For a film that mixes plasticity, history and oneiric, I thought they were mayors. The ARRI Alexa Mini is good at high-speed footage and can shoot at up to 200 frames. I didn’t think about using LF because of budget and limitation in frames per second.

Usually, the scenes we used high speed were planned, but in some we chose according to what was happening at the time. We started shooting the horse scene at high speed, 120 frames per second, but at one point we felt like we were missing the speed, so we switched to 24 frames per second. In the final edition, the two entered. And I found this mixture of speeds interesting. The surfing was all filmed at high speed, although I don’t think that needs to be a rule. 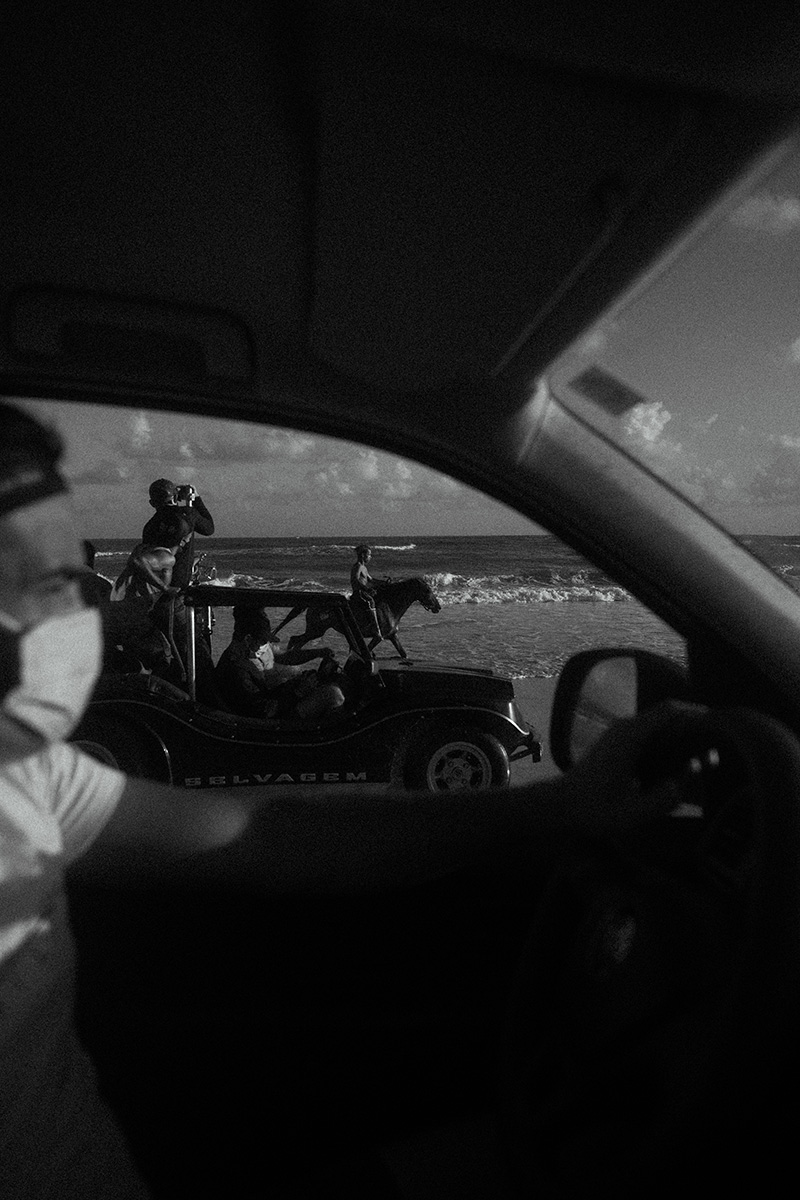 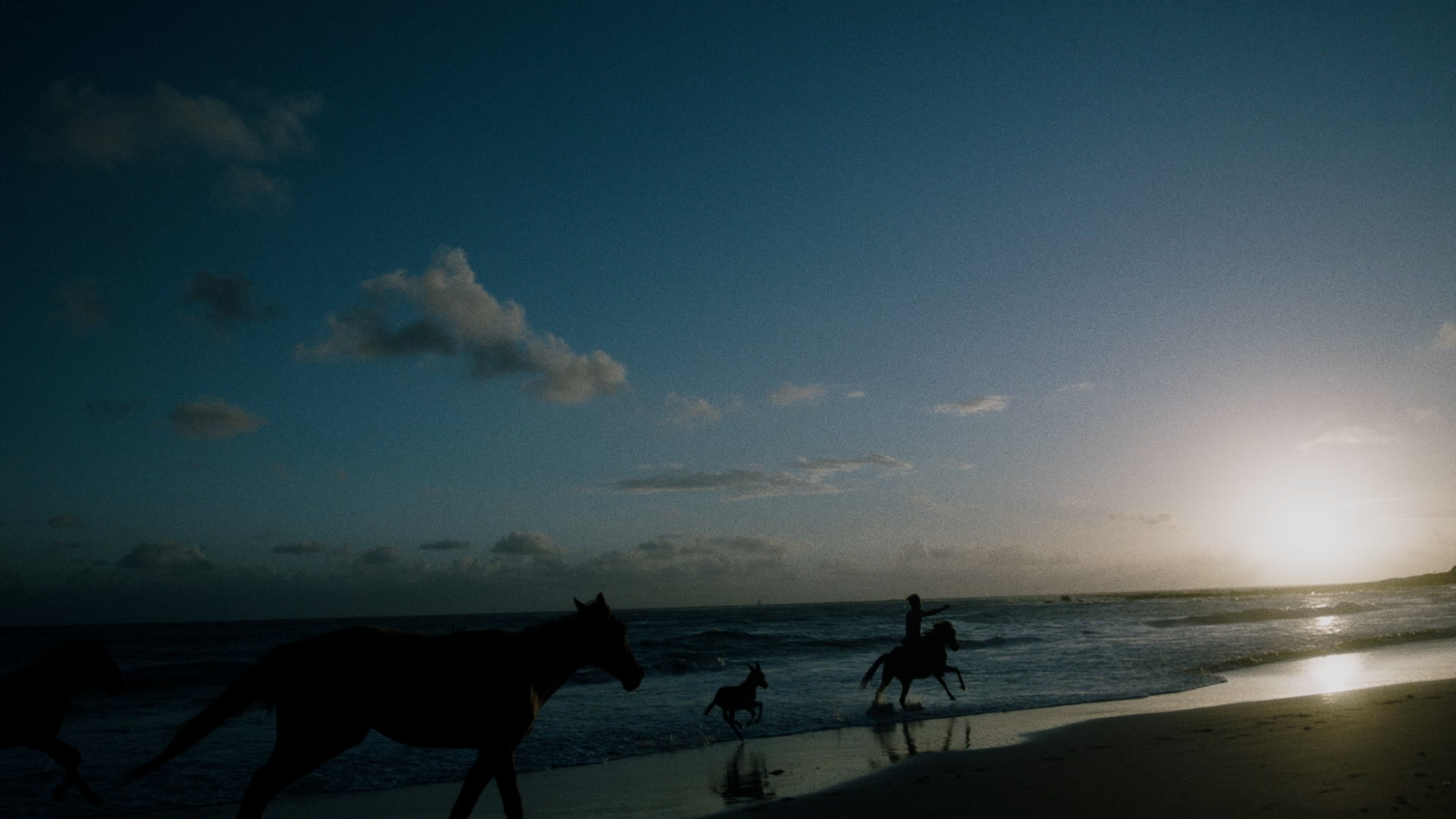 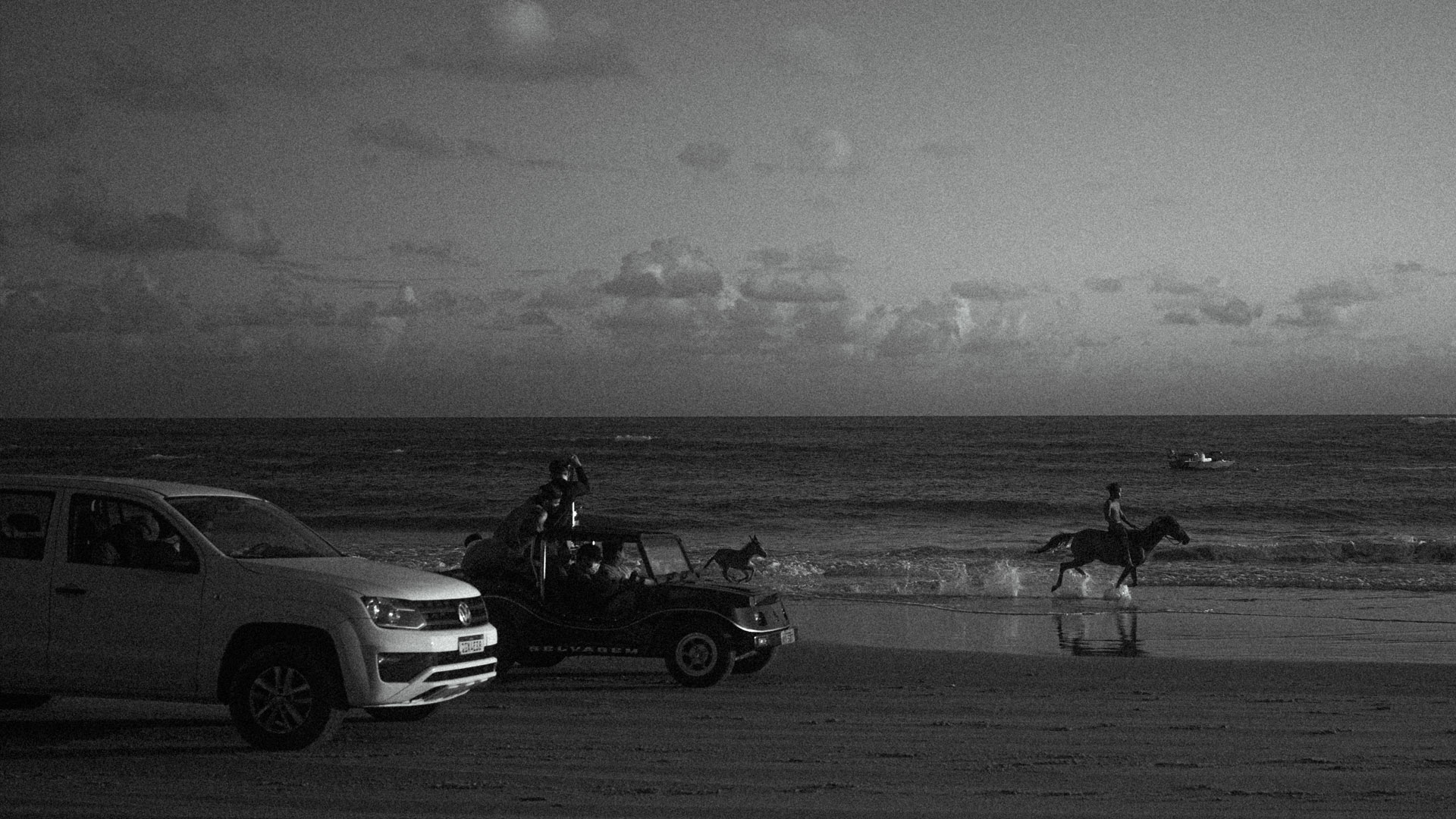 The scenes with Ítalo’s father, who is a fisherman, were filmed on a moving boat. I used the camera in hand for safety reasons and to be able to change the frame more quickly. At times, I leaned the camera on the deck to follow the sway of the water as the horizon moved.

The handheld scenes were interpersed with images filmed with the gimbal to make some moments more fluid and grandiose, less documentary, with more plasticity. I operated the MoVI myself, but I had the help of a technician who assembled and balanced the equipment.

I used the gimbal to rotate the camera on the image that shows a family in front of a small old television. This was a Novis idea that the equipment made it possible for us to do. The spin was done in control and from a distance. The idea of the scene is to show how Ítalo is an idol in the village. The scene was filmed in the garage of a house. The TV was on with drizzles to emit light. Behind the camera, I closed everything with a black cloth to negate it and let the brightness of the screen reflect on and around people’s skin. On the side door, I placed a reflector to simulate the light coming from the entrance to the house.

I worked some light with Cristiano equipment, local gaffer. The scene at the beginning of the film, with the Styrofoam box, is the most elaborate in this sense. In the location there was already a lamp that crossed the cobogó and formed a circle on the wall. This gave me the idea of reinforcing the design of the light with a 1000 watt tungsten filtering with CTB. On the ceiling above the Styrofoam box, we hung a 650w Fresnel and another Astera, with a cool temperature a little cyan. I also added another light with red color as a fill light. The location is the corridor of a municipal fish market by the sea. It took work to assemble everything due to the size of the team. I didn’t take HMI, just a kit of Asteras and tungsten. 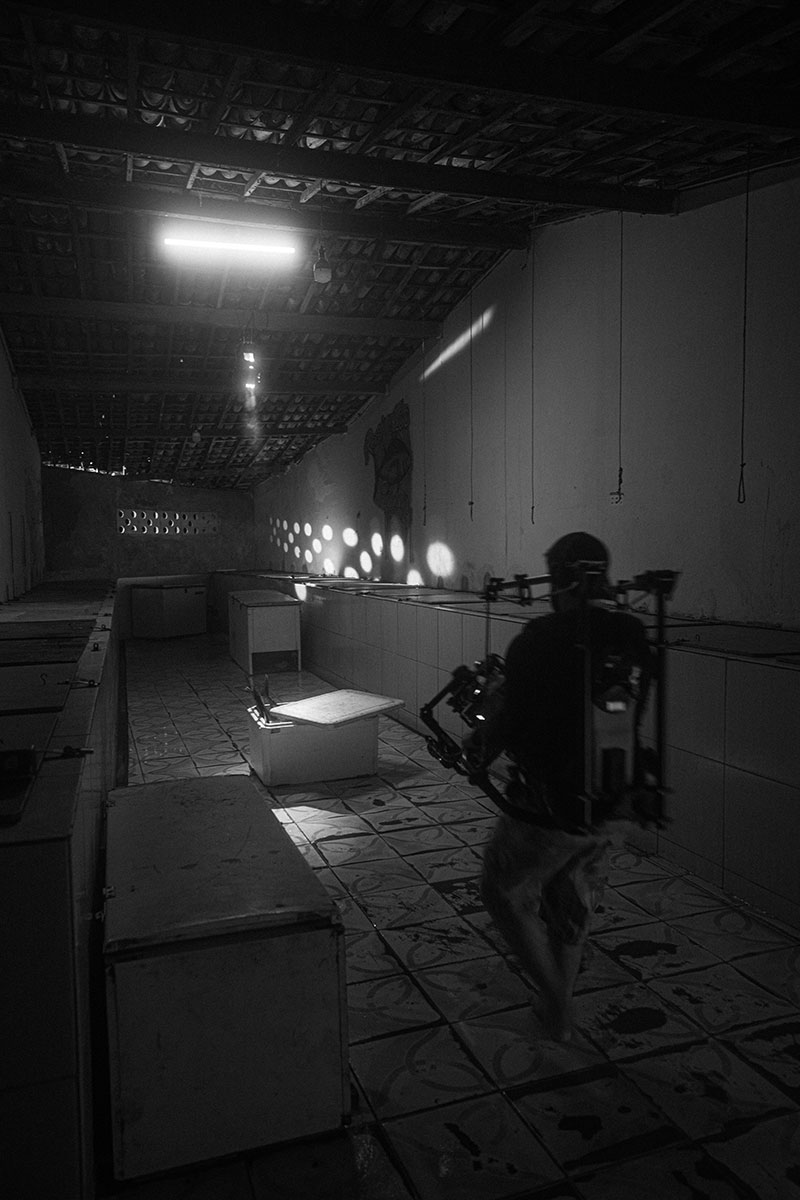 In this type of film, I like to fiddle with the lamps and reflectors. It was a documentary scheme, with everyone together in the construction of each scene. In advertising films, there may be a team of 15 more people to tinker with the lights and light structures. 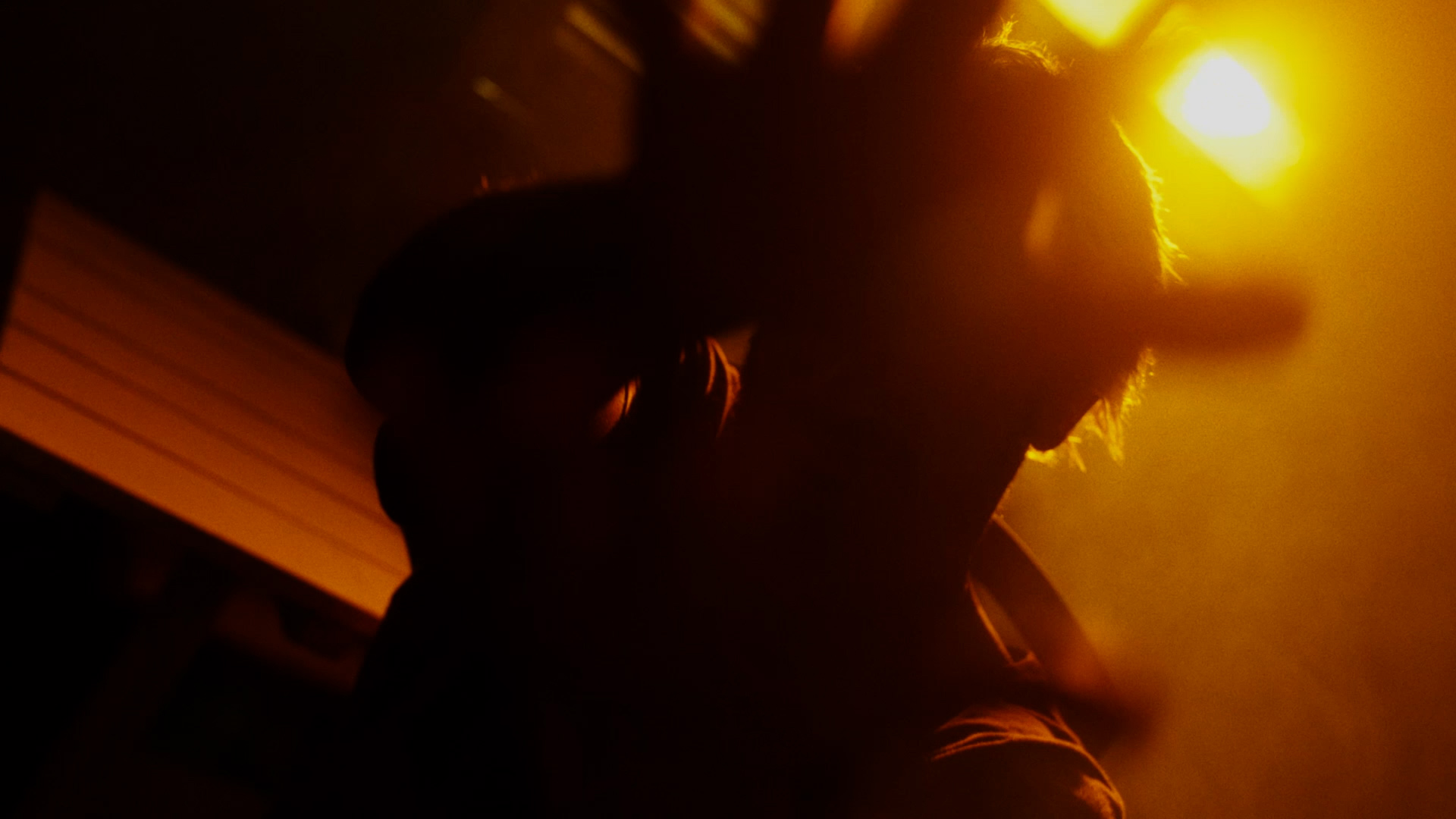 The brega funk party has more stylized visual elements, such as the cart of some and the fluorescent in frame. You have to have a little seasoning too, you can’t just stay in the cross 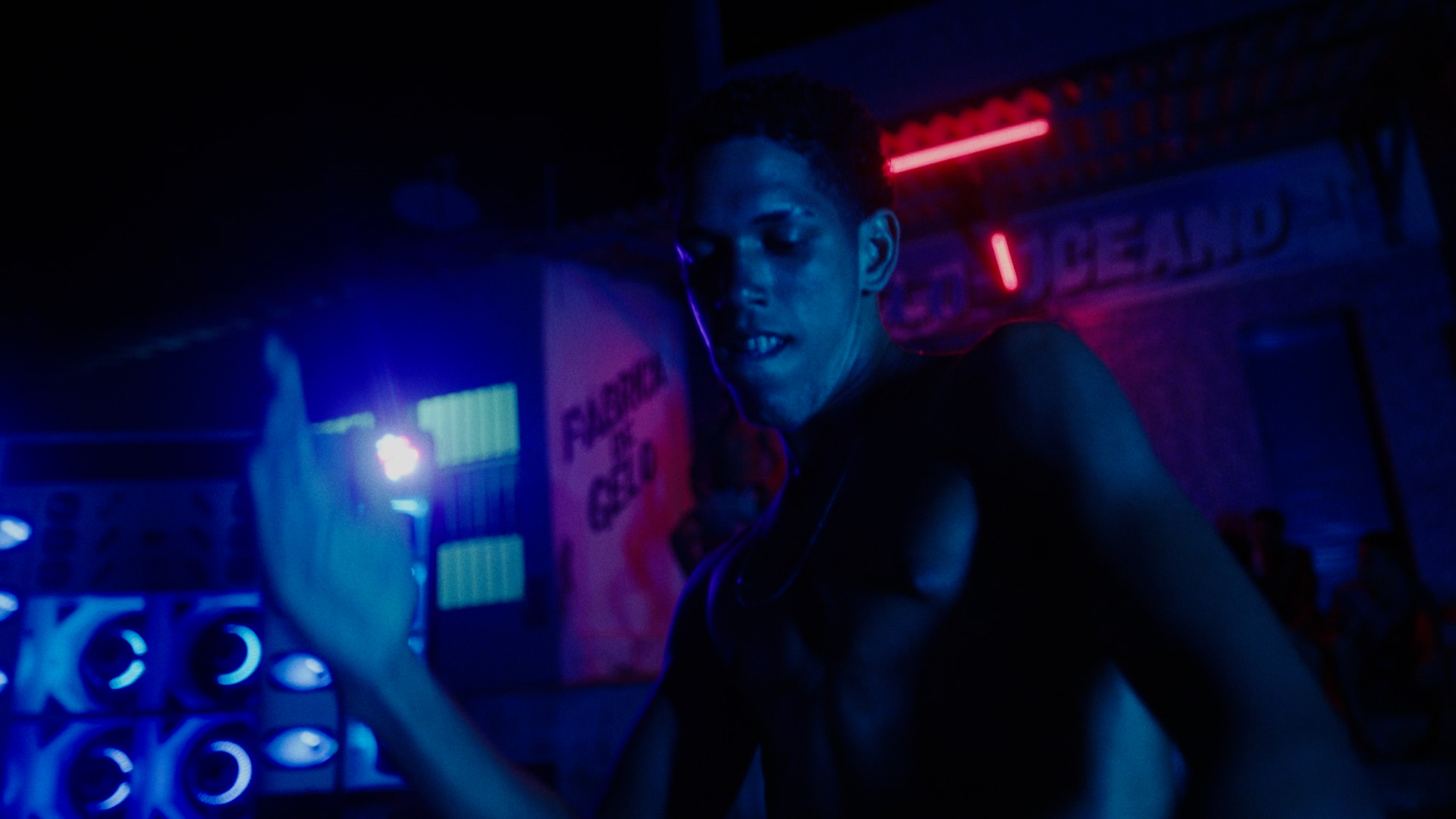 The shadow that passes over a stone was cast by the sun, without a reflector or reflectors. In the raw material, Ítalo passes in front of the camera, but the editor Mah Ferraz cut it first to leave only the silhouette crossing the frame. It is worth mentioning her work in this film that won several editing awards.

For me the differences between the images shot by each camera are clear. I can differentiate the textures well, but in this film the important thing is to tell the story and the different textures only add to it. The color correction was done at Stept Studios and I thought it was amazing, I don’t need to mess with anything. 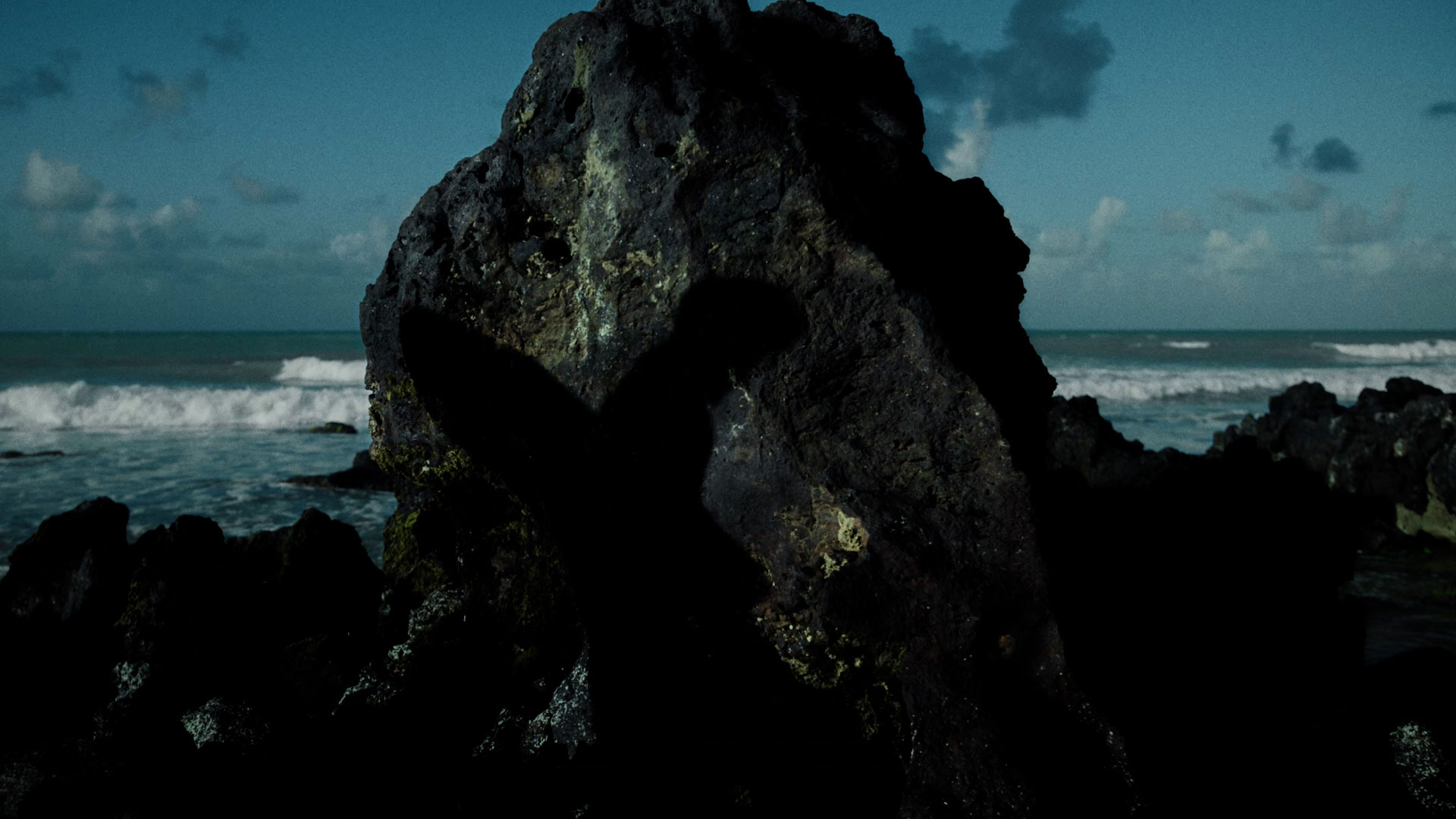 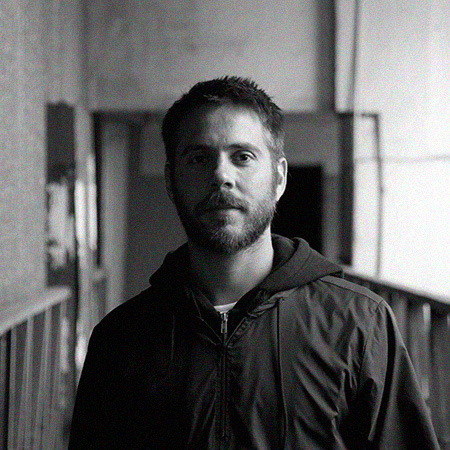 Pepe Mendes was a four-time finalist for the ABC (Brazilian Association of Cinematography) award and won the trophy for best advertising photography with the film “Be Who You Are, Ítalo Ferreira”, by Oakley, which also won other international awards and entered no Vimeo employee picks. Among the 15 shorts he photographed is “O Orfão”, by Carolina Markowicz, winner of more than 20 awards at festivals such as the Cannes Filmmakers’ Fortnight in 2018. On TV, he was photographer for the series “Espírito da Luta” (HBO, direction by Rodrigo Meirelles), “Arcanjo Renegado” (Globoplay, directed by Heitor Dhalia), “Tempero Secreto” (GNT, directed by Pedro Amorim), “Vizinhos” (GNT, directed by Luiz Villaça and Maria Farkas) and “Que Monstro Te Mordeu?” (created by Cao Hamburger for TV Cultura). He has also worked on campaigns for brands such as Visa, Heineken, Samsung, Spotify, Facebook and Chevrolet, among others, as well as music videos by Boogat, Saravacalé and Fernanda Takai